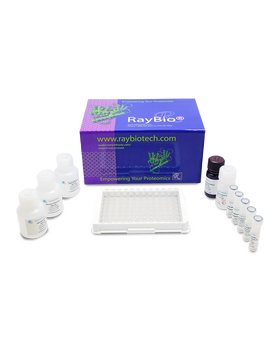 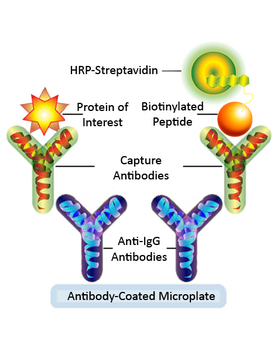 Gastrin is a hormone that stimulates secretion of gastric acid by the parietal cells of the stomach and aids in gastric motility. It is released by G cells in the stomach, duodenum, and the pancreas.

Gastrin is a linear peptide that is synthesized as a preprohormone and post-translationally cleaved to form a family of peptides with identical carboxytermini. The predominant circulating form is gastrin-34 (a.k.a. "big gastrin"), but full biologic activity is present in the smaller peptides, i.e., gastrin-17 (a.k.a. "little gastrin") and gastrin-14 (a.k.a. "minigastrin"). In addition, pentagastrin is an artificial 5-amino-acid peptide identical to the carboxyterminus of gastrin. It is worth noting that the five C-terminal amino acids of gastrin and cholecystokinin are identical, which explains their overlapping biological effects.

Gastrin is released in response to certain stimuli including stomach distension, vagal stimulation, hypercalcemia and the presence of partially digested proteins. On the other hand, gastrin release can be inhibited by the presence of gastric acid or inhibitory hormones such as secretin, GIP, VIP, glucagon and calcitonin. As a peptide hormone in GI system, gastrin stimulates gastric acid secretion from parietal cells of the stomach. Additional functions by gastrin include the following, Stimulating parietal cell maturation and fundal growth; Causing chief cells to secrete pepsinogen; Increasing antral muscle mobility and promoting stomach contractions; Strengthening antral contractions against the pylorus, and constricting the pyloric sphincter to slow gastric emptying; inducing pancreatic secretions and gallbladder emptying.


The role of gastrin in certain diseases has also been reported, including Zollinger-Ellison Syndrome, autoimmune gastritis and mucolipidosis. In Zollinger-Ellison syndrome, gastrin is produced at excessive levels, often by a gastrinoma of the duodenum or the pancreas. In autoimmune gastritis, the immune system attacks the parietal cells leading to hypochlorhydria. This results in an elevated gastrin level in an attempt to compensate for increased pH in the stomach. Eventually, all the parietal cells are lost and achlorhydria results leading to a loss of negative feedback on gastrin secretion. Plasma gastrin concentration is elevated in virtually all individuals with mucolipidosis type IV secondary to a constitutive achlorhydria.

Standard, Biotinylated Gastrin (GAS) peptide, and Positive Control should be stored at -20°C after arrival. Avoid multiple freeze-thaws. The remaining kit components may be stored at 4°C. Opened Microplate Wells and antibody (Item N) may be stored for up to 1 month at 2° to 8°C. Return unused wells to the pouch containing desiccant pack and reseal along entire edge.
This kit worked extremely well for Gerbil gastrin! I would buy again.
Yvonne Hui 04/10/2018, 09:37 AM
Write A Review